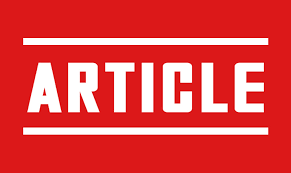 Rape and other sexual abuse in all its different forms are a violation of human rights with long and short term negative effects on the victims and their families. These suffer physical, social, health and psychosocial complications and in worst case scenarios, some victims are murdered by the perpetrators while others die of injuries inflicted on them during the assault. Often rape is done by youth and men as group or individuals and the most vulnerable people are marginalized women and girls especially internally displaced persons

The health risks faced by the rape victims include sexually transmitted diseases such as HIV/AIDS, gonorrhea, syphilis and hepatitis which are easily transmitted and affect the survivors’ lifetime, physical injuries or longer term psychological impacts such as shame and stigma.

Despite the fact that cases of rape are difficult to measure as many are not reported, a report by SIHA (2015) reveals that cases of gang rape are rampant in Hargeisa and other urban areas .For example, often a woman will be lured to an isolated place by a male friend, where a gang of youth will be waiting to rape her, sometimes with as many as 15 to 20 men.The contributing factors highlighted included the culture of impunity, gaps in the formal and customary legislative frameworks, myths surrounding youth initiation into adulthood, the rampant idleness, unemployment and use of khat.

As we celebrate the 16 days of activism under the theme From Peace in the Home to Peace in the World: Make Education Safe for All, we call upon all CSOs, politicians, traditional and religious leaders, media, other stakeholders at different levels and the entire community to join efforts to promote and protect the rights of women and girls through advocating for an end to the acts of rape inflicted on them.

Amidst other preventive interventions such as awareness on the dangers of rape, we call upon MoLSA, other line ministries and agencies, different stakeholders to intensify efforts to fast track the process of passing the sexual offenses bill and other supporting legislations. The bill should provide for a wider definition of rape and also contain retributive and restorative justice.

By: Amplifying Civil Society voice on Gender Based Violence coalition members in Somaliland